Food is something very close to my heart. And a film with a culinary-themed story always appeals to me. One of my favorite in this genre is the 2007 Disney Pixar production Ratatouille. It revolves around a very unlikely character – a pint-sized but ambitious sewer rat Rémy (named, very ingeniously, after a brand of cognac), who dreams of becoming a chef like his idol, the great chef Auguste Gusteau. How he navigates through a professional kitchen and also manages to stun a top food critic, only to emerge victorious at the end, forms a big chunk of the story. 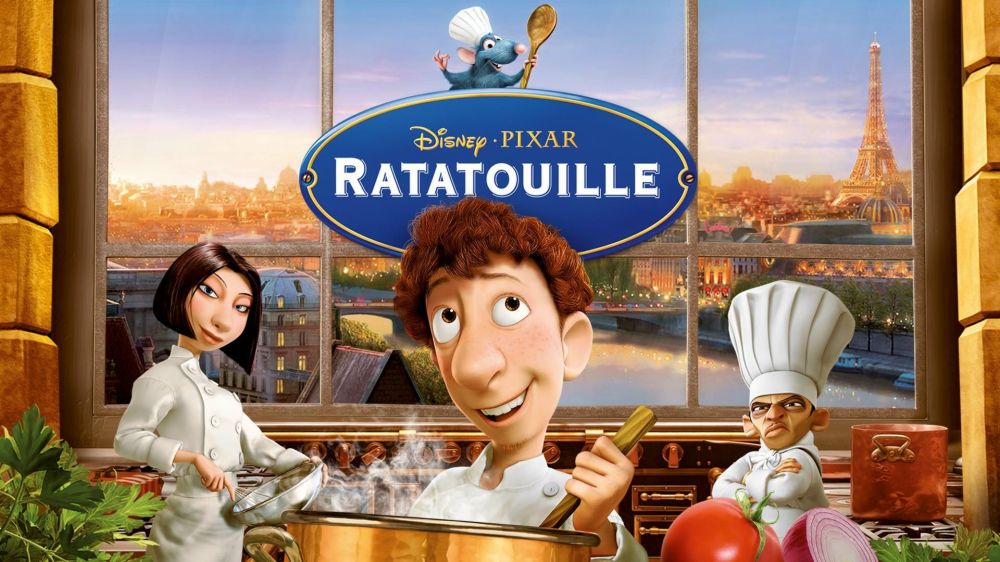 The other members in this rat’s world are as quirky as him – garbage boy Linguini, tough-as-nails chef Colette (who must prove herself as the only woman in an all-male kitchen), scheming Skinner who’s the head chef and owner with an agenda of his own, and Rémy’s own family including his brother Emile, who doesn’t quite understand his obsession with food. It is a very engaging watch, very different from the usual plots of animated films we are so used to seeing.

We’ve all had a favourite childhood memory with food, the dishes our mothers and grandmothers made for us that we now seek solace in, or a particular flavour or taste that transports us back to easier and more uncomplicated times. Watching that transform the imperious and formidable food critic Anton Ego into a child while eating the ratatouille is memorable. It only goes to show the deep connections we have with food.

I have watched and re-watched this many times – and I’d urge you to do the same – since every viewing unravels new facets. It’s true that a genius moment or a creative break can come into our world from just about anywhere, at any time. Let’s just keep moving towards it persistently and fervently!

Check out my recipe for Ratatouille here!